Almost wrapped in the shadow of the massif Mount Esja and perched on the southern shores of the bay Faxafloi, to Reykjavik nature is never too far away. And yet, despite all these obvious and brazen – and perhaps even intrusive – natural beauties, the Reykjawik guidethe northernmost capital in the world, remains a lively place, with a pleasant lifestyle where a smiling population. Who lives between rows of colored houses enjoying free time without apparent stress. Proving that the relaxed lifestyle can outclass even the tantrums of a grumpy climate.

A clash between time and the forces of man and nature that is more evident here than elsewhere given that the center of the scene is occupied by the sea, mountains, rivers, woods, parks and geothermal pools, all intimately connected. While the man looks like a supporting actor. Also quite small and fragile.

There Reykjavik guide then begins with a trip to the artificial beach in Nauthólsvík, where golden sand and a geothermally heated seawater lagoon combine to pleasant and surprising effect. But if you want something more energetic and dynamic than frolicking in the warm waters you will be spoiled for choice: activities such as cycling, hiking, horse riding, sailing and fishing can be experienced everywhere in and around the city. And with varying degrees of difficulty and commitment.

The center of Nauthólsvík it opened in 2001, to the delight of locals and tourists alike and now attracts over 530,000 customers each year. In such a small and sparsely inhabited island it is a real record. The creation of geothermal beach he was ambitious but it can be said that he succeeded in full: the result is a space surprisingly popular all year round, with people enjoying the warm water aeven when the water drops below zero. It is no coincidence: the oldest codified sea swimming enterprise is precisely of these lands and dates back to 1030, when Grettir Asmundarson (according to a local myth) swam a distance of 7 km in freezing waters through a bay in northern Iceland to the island of Drangey.

Guide to the capital of Iceland Reykjavík: a quiet city

We talked about nature and waters that flow from the bottom of the earth. But the capital ofIceland it’s not just underground vapors and cliffs. A guide to the capital of Iceland Reykjavik will tell you about one lively nightlife that lasts until morning with a great offer of clubs, pubs and night clubs frequented by young locals who mingle with legions of tourists. And breakfast at dawn after the many beers Viking fills the cafes overlooking again Laugavegur and its crossbars. 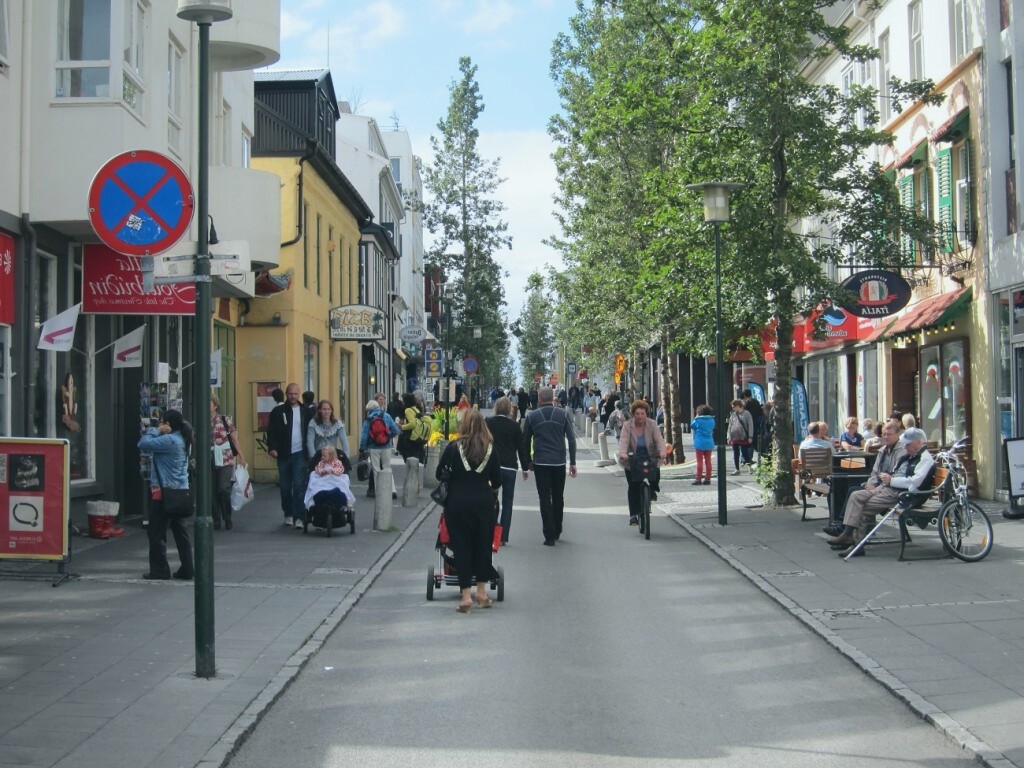 However, during the day Reykjavik is a much quieter place with neat and certainly untrafficked streets and abundant cultural attractions from museums and art galleries to quirks such as a cinema showing non-stop footage of Iceland’s historic volcanic eruptions. Yep, volcanoes, these too deserve a chapter in the guide to the capital of Iceland Reykjavik. Although they have a tendency to erupt forcefully they are not an enemy to the locals, rather they are considered a key part of the Iceland experience and are within easy reach of the capital. Likewise there are hot springs and geysers less than an hour away from the city (actually there are controlled geysers even in the middle of the houses).

There guide to the capital of Iceland Reykjavik certainly offers a chapter dedicated to excursions. There are indeed plenty of options for walking and trekking enthusiasts. The mountain Esja, which hangs over Reykjavik from a height of 914 meters, for example, it is appreciated for simple walks and more demanding routes and offers a breathtaking view of the capital. There are in fact several routes around the mountain, which vary in terms of difficulty. One important thing is always to consider the weather conditions before setting out for the mountain: ihe sky is certainly not always blue in these parts e Reykjavik it is often swept by the wind and the rain that arrives from the sea. Especially during the winter, which is long and bleak given the latitude, the sun only makes a brief appearance.
Less demanding are the hikes to the top of the Lagafellsklif. In any case, for those who do not want to leave there is the possibility of walking along the southern coast of the city, with the area around Ægisíða offering beautiful sea views. For the more adventurous there are also trips on the glaciers and for expert mountaineers but these require the presence of local mountain guides who are organized by various agencies in Reykjavik. The mount Esja is located in Kjalarnes, beyond the city of Mosfellsbaer just east of Reykjavik. It can be reached by bus number 15 from the bus station Hlemmur. Get off at Haholt in Mosfellsbaer, then take number 57 to the foot of Mount Esja. 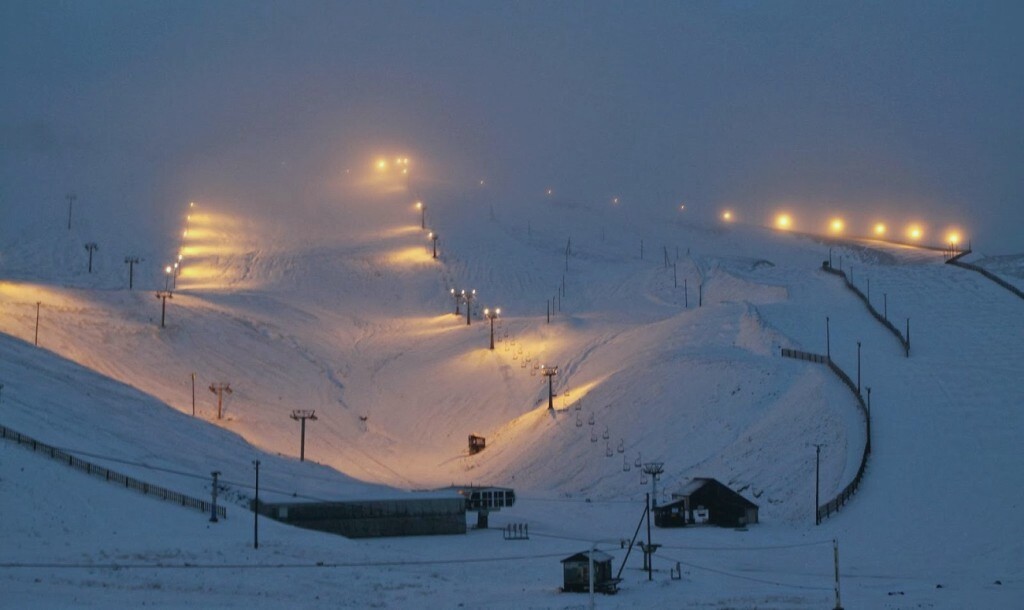 It is said Iceland and you think about snow. And snow means skiing. That’s why then one guide to the capital of Iceland Reykjavik he forcibly brings advice on where to put on skis. The most important ski resort is Blafjolljust an hour away from Reykjavik. Not far away is also the smallest station Skalafell. Both offer trails suitable for intermediates and beginners, as well as spaces for cross-country skiing and snowboarding. The ski season runs from mid-November to mid-May, but there is the possibility of skiing on the nearby glaciers of Vatnayokul And Kerlingarfjoll even in the summer.

In a place where nature is so present and where the water contends with the earth for dominion, it is clear that it can be a paradise for fish. There are in fact around the capital great opportunities for both salmon fishing and for trout in Icelandic lakes. Fishing permits can be obtained quickly and at a reasonable cost and there are specialized agencies that organize trips for all tastes, taking care of transport and logistics. You don’t fish then but you can admire the whales that often pass near the island. Also here at Reykjavik there are several specialized agencies that offer boat trips for the whale watching. Finally the underwater world: the temperatures of Icelandic waters certainly cannot be considered tropical but here expert divers can explore some of the clearest waters in the world, with visibility up to 100 metres. The most famous site is Silfra: an undersea rift between the tectonic plates of America and Eurasia. 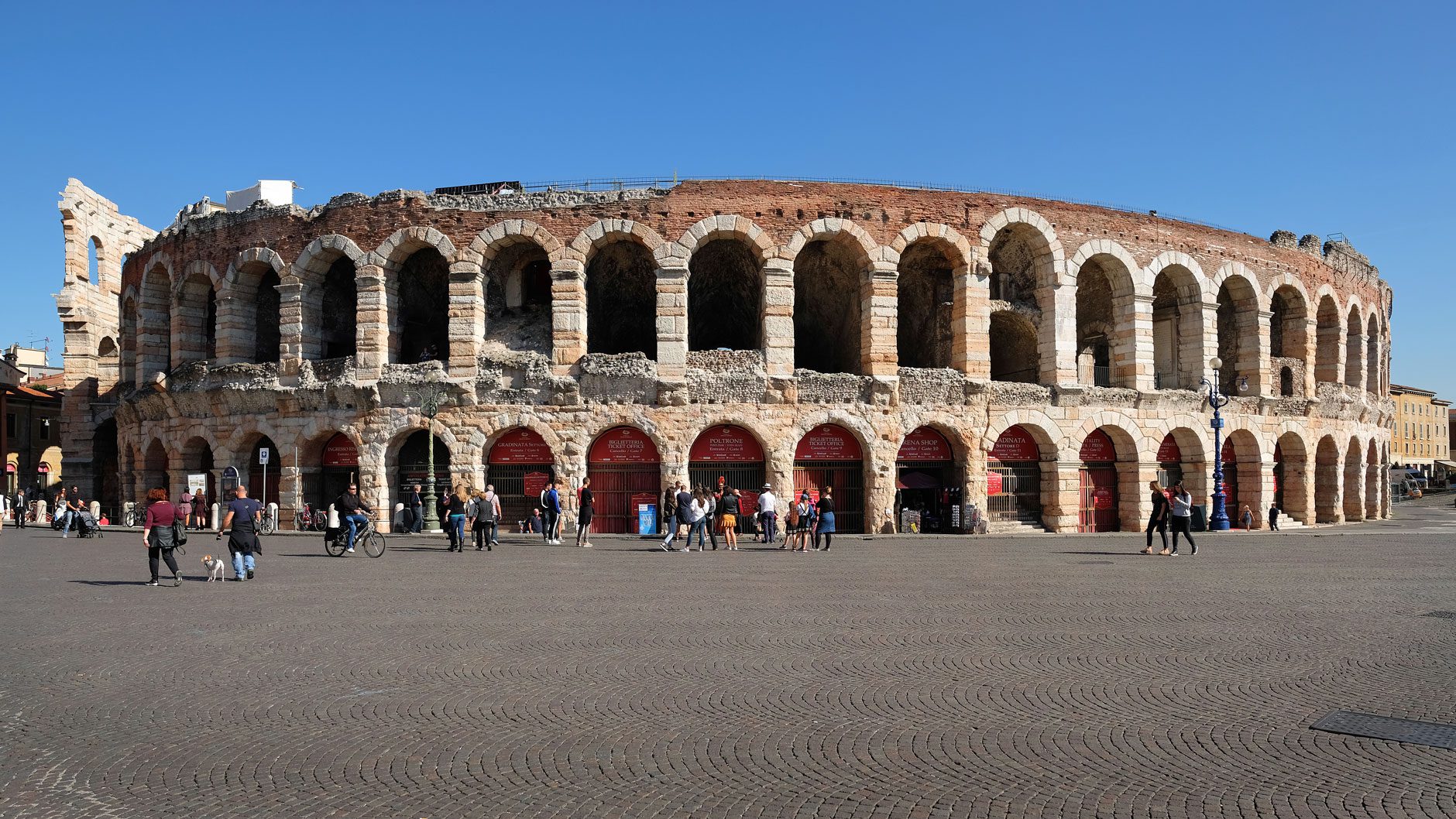 It is an obligatory choice: if you are looking for one romantic destinationimmediately, one thinks of Verona. And we owe this sugary fate to Shakespeare that setting here, on theAdige, the mythical story of Romeo and Juliet has transformed it into the cradle of every heartbeat. In the symbol of the city of passion. And… 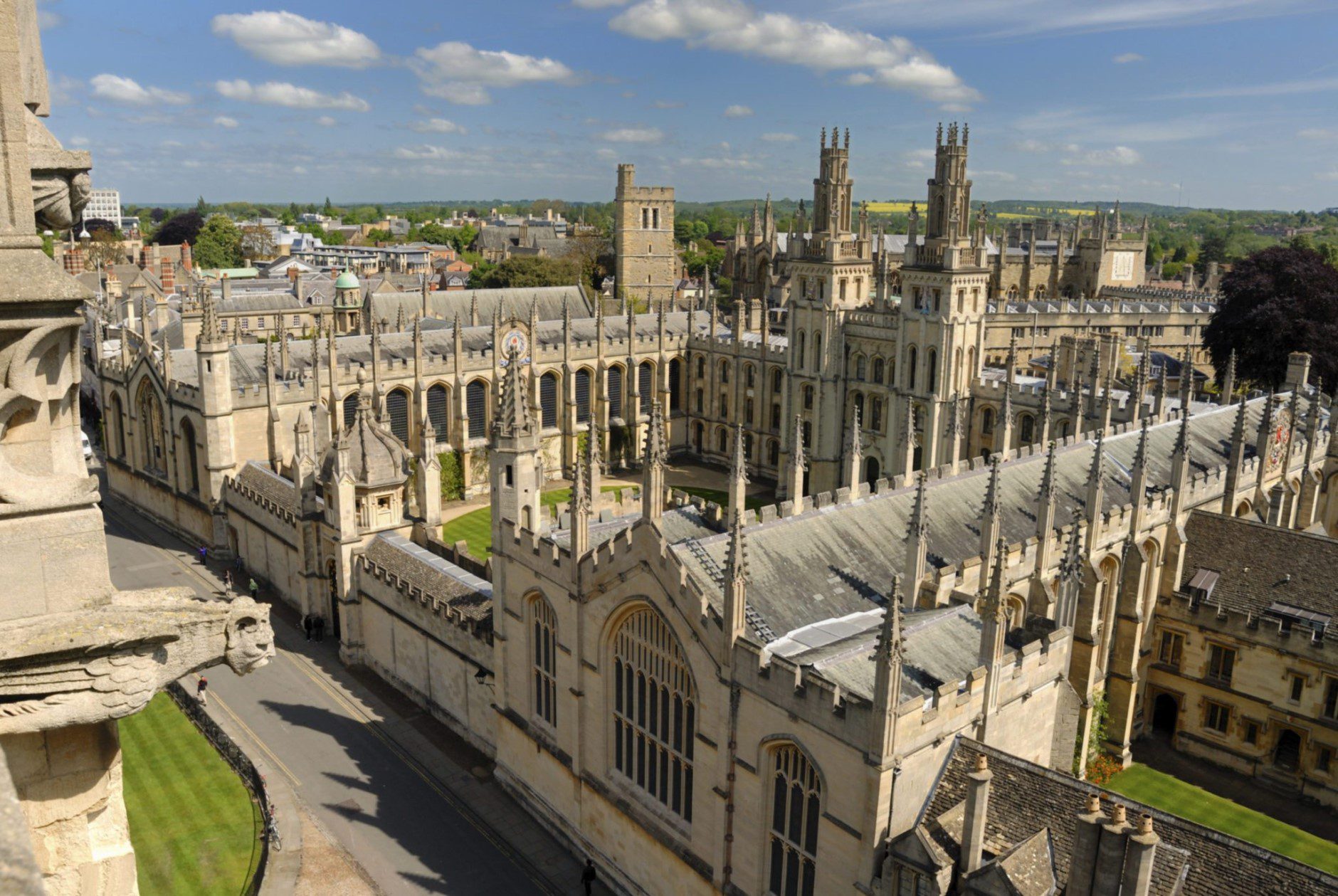 It’s not there more ancient of the world (Bolognayou know, beats it) but it is perhaps there more famous. Surely what for many is the very symbol of‘university. And of English culture, so much so that some research suggests that Oxford is the second most famous English city. After London, of course. While having only…

There Germany it is world famous for many things. But among these a leading role is certainly played by his great one beer culture. And no wonder then if the Germans they pride themselves on having excellent places to savor blondes of great level. Now, it must also be admitted that often walking around it…

Energetic and creative, lively and proud: Madrid it has all the features of a modern European capital. At the same time, the legacy of its rich and complex history (we must not forget that this city was the center of the immense empire ruled by the most catholic kings of Spain) is visible and perceived…

It is an ancient city with a young heart. And it’s hard to find a better compliment. Groningenthe largest urban center in the north ofHollandin fact, has a long history but lives day after day thanks to the enthusiasm of its large number student population. So when you ask yourself what to see in Groningen…

“Biella between the mountain and the verdeggiar de ‘plans”. Sometimes poets have the gift of synthesis, like this Giosuè Carducci take the picture of that “Bièla ”from Piedmont which, in the Middle Ages, dominated the plain, protected by the broad embrace of the Alps he was born in Monte Rosa which, even today, peeps out…