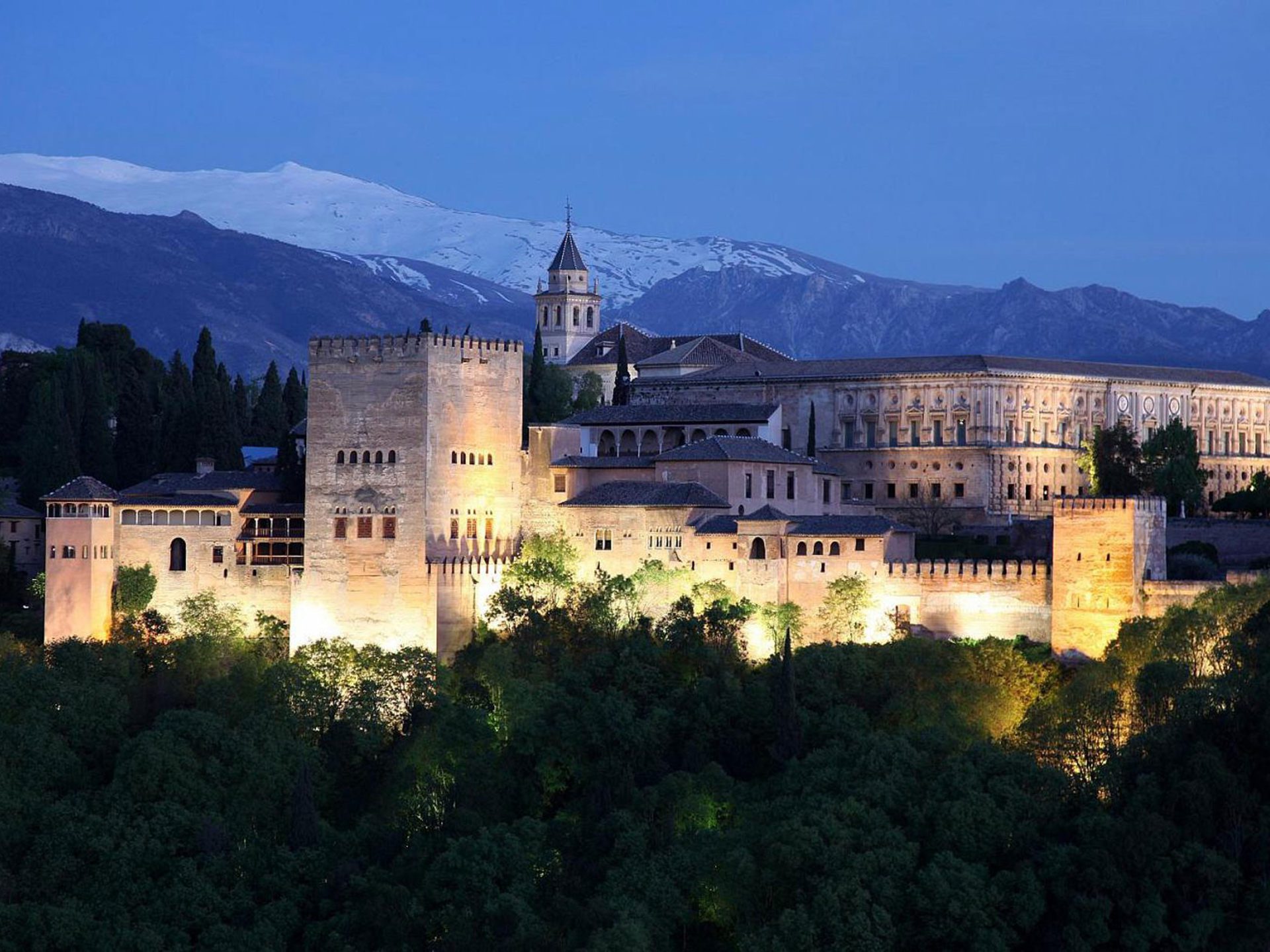 You say Granada and the thought goes to his famous palace-fortress: theAlhambra. But this Andalusian city does not reveal itself only in its main attraction. Here you can breathe a pleasant and lively mix of old and new, with the many students bringing music and life into the network of dark and narrow streets reminiscent of the times of the Moors. This is the story; then there is nature. Lying right under the slopes of the Sierra Nevadain the heart ofAndalusia and nestled along the river Darro, Granada combines the suggestions of yesterday with its never smirky charm of today. University seat since 1526, it preserves fascinating testimonies of the domination Arab. Here then a guide to Granada with addresses and ideas: even if before starting the visit, the best thing to do would be to simply indulge in a slow wandering through its streets, to breathe its very special atmosphere.

Strolling through winding alleys and white houses. Let yourself be guided by the aromas of spices in the souq. Then get lost in the profusion of arches, water, fountains, domes, geometric textures and azulejos of the‘Alhambra. Without forgetting the art of “tapeo”: which consists in moving from one place to another in search of the most inviting snacks.

Granada guide: when to go

The best season to visit Granada it’s probably spring to get a chance to explore the tangle of narrow streets of this alluring Andalusian beauty before the summer heat makes it sizzling. And before that L’Alhambra, the most visited monument in the country, is too crowded with tourists. The last Muslim stronghold of Spain it is a jewel of medieval Arab architecture, as well as being a garrison of traditions such as flamenco. Not to mention the charm of the superb regional gastronomy.

Granada guide: what to do

History is breathed in the shadow of every wall, in every plaza and under every arch. There are many things to see. But it’s worth starting there visit of Granada enjoying the splendid overall view of theAlhambra – the citadel, palace and fortress complex of the Nasrid kings that overlooks the city – following the path that runs along the river Darro. Take a look inside El Banuelolo (Arab baths from the 11th century, perfectly preserved), then turn left and enter the Barrio del Albaicîn (the old Muslim quarter). Go up the steep, inaccessible streets, stopping to admire other views of the fort, framed between rows of lime-plastered houses. Pass carved wooden doors, tiled fountains, medieval arches, ancient lanterns and pastel-colored palaces. And if you want you can also take a steam bath as in the time of the Moors.

Plaza Larga it is full of life, and in the morning a small market is held there, while plaza de San Nicolàs it attracts crowds for its jaw-dropping scenography. Moorish architecture it abounds, despite attempts to raze it to the ground by Catholic rulers after they overthrew Sultan Boabdii at the end of the 15th century. It was then that Granada became the de facto royal residence. Mosques were transformed into churches. Including the Great Mosquewhich stood where it is today Cathedral Renaissance, focal point of the evocative celebrations of the Holy Week. The adjacent Royal Chapel, late Gothic, houses the tombs of the sovereigns. Nearby you will find the Corral del Carbén, formerly the tavern of Moorish merchants and later a theater, and the Alcaicen’a, full of souvenir shops. It was once a traditional zoco: or a souq.

Today, even if the atmosphere of the ancient Arab city remains palpable, it has become one purely tourist area. So focus on San Jeronimo Monastery: it was the first to be built after the reconquest by the Christians. Construction began in 1496, in Almoravid, now occupied by the hospital of San Juan de Dios. We said it: it comes after a reconquest: and in these cases there is always a revenge. All the stones used in its construction were taken from the Arab door of Elvira. Don’t miss the sacristy, a triumph of colorful sculptures. It is easy to linger and look at that extravagant polychrome mass. Then book a treatment in a restored bathroom, like the Hammam de Al Andalus in calle Santa Ana, to refresh your limbs before dedicating yourself to the grand finale, the exploration of the palaces, fountains and lush gardens of the Alhambra. The triumph ofAndalusia. 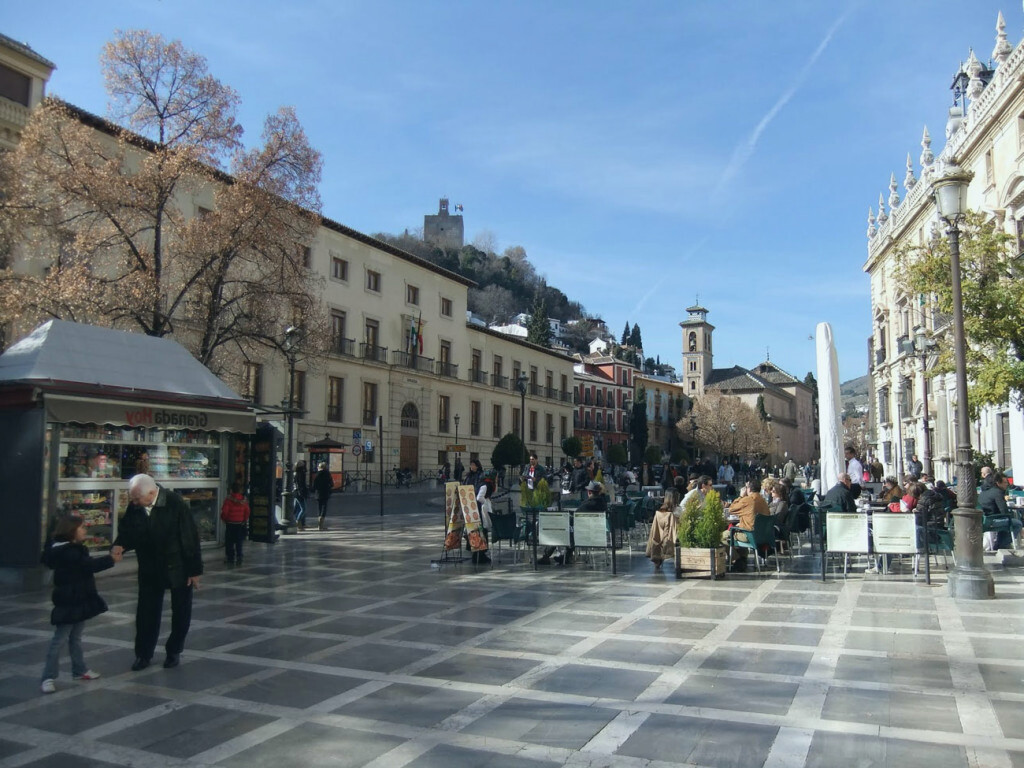 Granada guide: where to stay

Cross the threshold of the languid Hotel Villa Oniria. Formerly a noble palace, today it is a paradise of gushing fountains, cool courtyards and citrus scented candles. The rooms are luxurious and the underground baths, built in the style of hammams, are perfect for getting yourself back on track after a busy day. Hospes Palado de los Patos it is another oasis of peace, located in a grand palace with spectacular and original modern wing. Some rooms have a traditional style, others are characterized by a contemporary elegance.

Granada guide: where to eat and drink

For a “panoramic” lunch, plaza de San Nicolas it’s the place not to be missed: take a seat on a bench outside one of the clubs and delight in the superb views over a glass of Alhambra or Sherry beer, accompanied by tapas ». Or choose the tapeo route by going from bar to bar to taste all kinds of tapas. A guide to Granada wouldn’t be complete without a list of tastings: try beans from Spain with raw ham, gazpacho, fresh anchovies and jamòn serrano from Granada with asparagus. Another area to be included in a Granada guide is that of the narrow Calle Navas, not far from the plaza del Carmen, which is full of bars. If, on the other hand, you want a meal where you can satisfy your stomach and your eyes, focus on Meson el Cordobes, in Calle del Artesano Molero. It is housed in a garden villa facing the Alhambra and serves traditional Andalusian cuisine with some Maghreb influence. All with a breathtaking view. 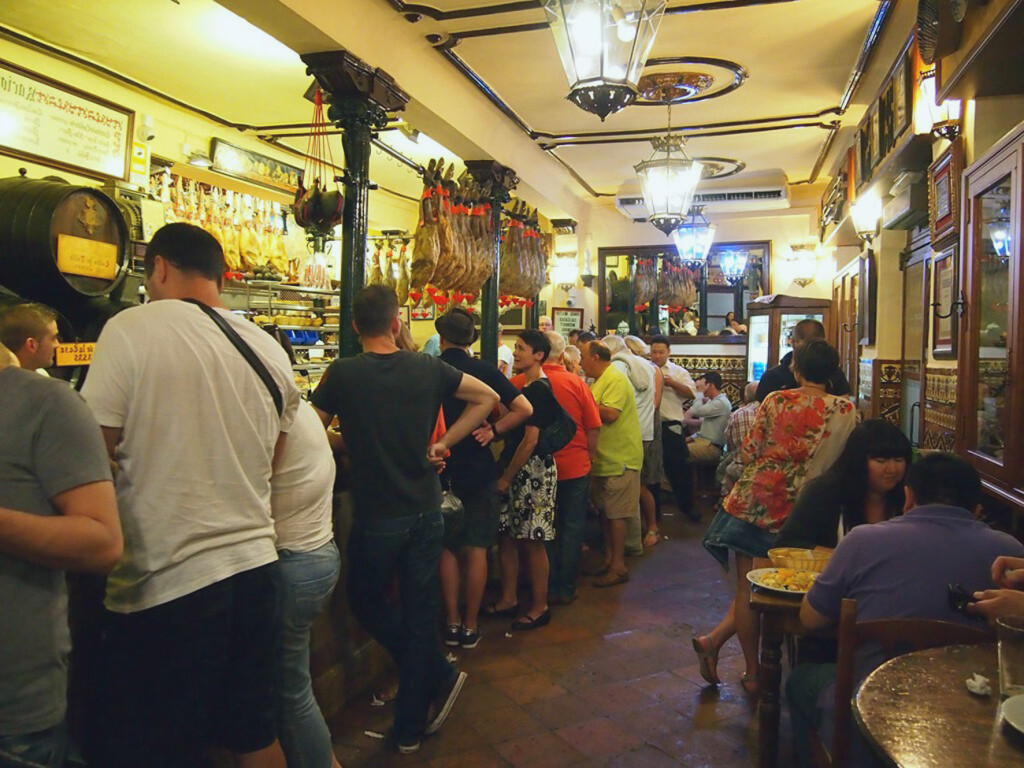 Granada guide: not to make too much effort

The small red and white minibuses with the Alhambra Bus inscription on the side are the best and most comfortable way to explore Granada, the Albaicín and to reach the Alhambra. Lines 30 and 34 connect the city center with the Alhambra while line 31 continues to Albaicín. The rides start at 7 and end at midnight but there are also two lines (111 and 121) that travel during the night. 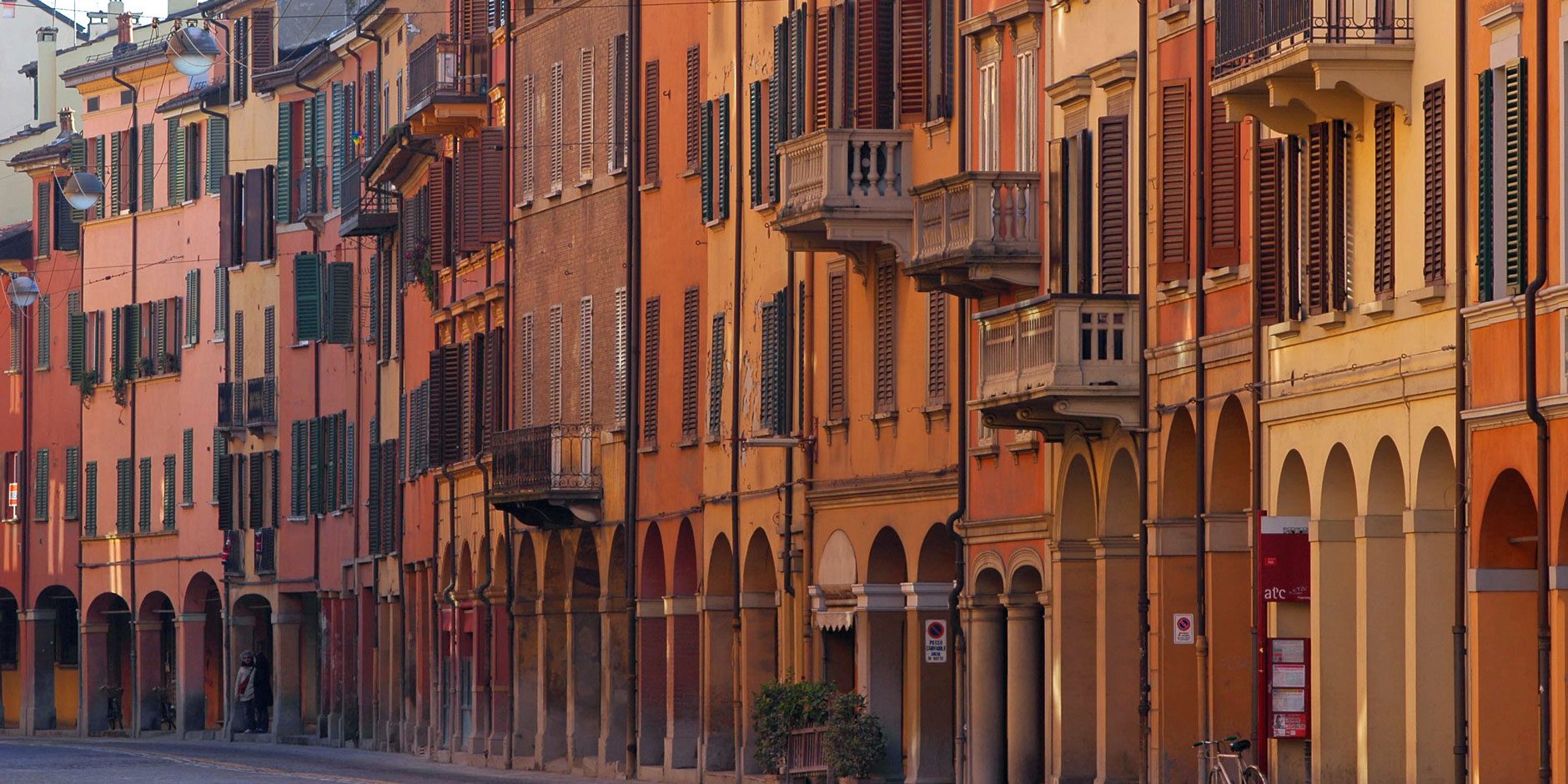 It’s easy to say front porch. Which in the end, one could argue, is only one piece of home that sticks out. And that to stand up he needs a few columns. But in reality it is much more. At least here, Yes because i arcades of Bolognaonly in the historic center, yes stretch for…

It is like asking a child if he loves his mother or father more. The creature, red with embarrassment, will mutter something and, forever, will look at you with suspicion. In the same way ask anyone greedy parmesan (not Parma, mind you. Then it would trespass outside the walls, towards the countryside) which is the…

Probably, sooner or later, going around the Ikea stores shelf Kallax we’ve all seen it. And we thought it was one strange name for a piece of furniture. In reality, before a shelf is a place: to be precise, a village in the Swedish Lapland of a few hundred souls but fundamental why the Lulea…

Think of a classic symbolic image ofHolland: a small town with a ancient center surrounded by canals, soaring churches and old houses. Add many young people on bikes and also of white and blue tableware. Here you have got the summary of what to see in Delft, the Dutch city of pottery. This town is… 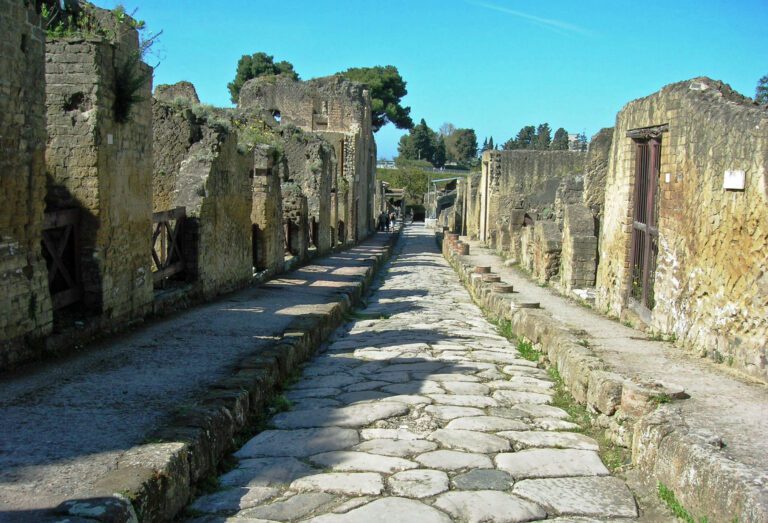 She’s the younger sister. But that doesn’t make her less charming. We are talking about Herculaneum, the magical Roman city came down to us after time stopped in 79 AD. because of the Vesuvius who covered her with a casting of 16m high pyroclastic flows. Just like it happened to Pompeii, the more famous sister,…

Summer a Paris it is surprising and full of surprises. A city to discover in a different way, along the Seine, in the green of the parks and among many festivals and events. A city that invites you to dream… A good idea to discover Paris on the water. The many péniches anchored on the…